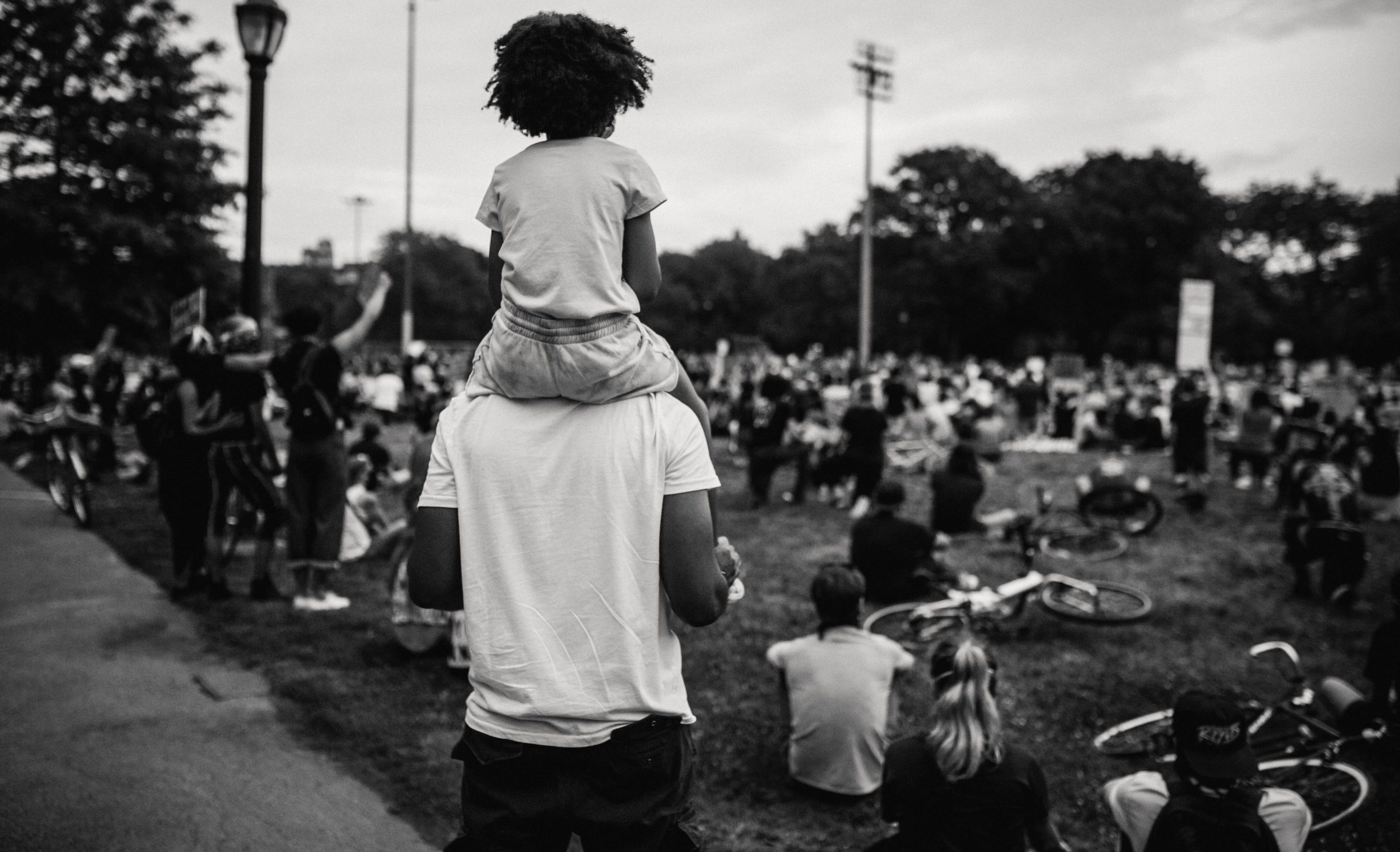 Recently, international incidents have brought issues relating to race and racism into sharp focus. All around the world, people have been talking about these issues and what they mean for society. If your children are old enough to hear and understand news and current events it is highly likely that they will have at least heard about some of these. They may know about protests, have heard slogans or seen images on the internet or on television. Race and racism, as well as diversity can be tricky subjects to explain to children. They trigger strong emotions and reactions and some families may prefer to avoid difficult or uncomfortable conversations. However, it is not necessarily in the best interests of your child to avoid the topic entirely.

While Northern Ireland remains a fairly racially homogenous place – the exact figures for ethnic minorities will be updated by the 2021 census, but the most recent data from the 2011 census suggested 98% of the Northern Irish population was white. This will have increased since then, but it is still accurate to say that white children from Northern Ireland will have fewer encounters with non-white children than their counterparts in England.

This means that children here may be less familiar with people from a different ethnic or racial background. A study in 2014 found that living in ethnically diverse communities tended to reduce racism because it creates what was called “passive tolerance”. People had or witnessed positive interactions in and ethnically diverse group and were generally more positive about them. This can be challenging in Northern Ireland – particularly if you live outside of Belfast or an area which is more ethnically mixed.

What can I do?

As parents, it is important that you encourage and promote anti-racist views in your children. In addition to being a good set of values to promote, it also helps to counter any false or racist information that they may become exposed to outside your home. As parents, you should try to be aware of what sort of information your children are accessing, and help them to get a balanced and accurate view of the world. As with most issues relating to parenting and children – the best approach is usually clear, safe and open communication between parent and child. Taking the time to discuss racism and diversity with your child can help safeguard them from harm.

Still – this can present its own challenges. The language of race and diversity can be complex, and the issues even more so. How should parents begin to discuss this with children who might seem too young to understand?

The first step is to not underestimate your child’s ability to understand issues relating to race. Caryn Park, a professor at Antioch University in Seattle noted that children as young as three are aware of race or skin colour and will often ask questions. Parents should respond in a way that makes it clear to children that it is okay for them to ask questions and talk about race. Children will probably become aware of events either locally or internationally and may have strong emotions. It is good to talk about those emotions and explore how events make you children feel.

Another important step is making sure you, as the parent are in the right place to talk about these issues. It is possible that you are feeling fear, frustration or anger as a result of recent events. It is important that when you speak to your child about race you are able to be a calm, rational voice. This doesn’t necessarily mean letting go of anger or frustration – simply organising it in a way that helps you to communicate with your child. Parents should try to be role models in this. Your child will look to you in order to determine how to behave around people of different ethnicities and racial backgrounds. 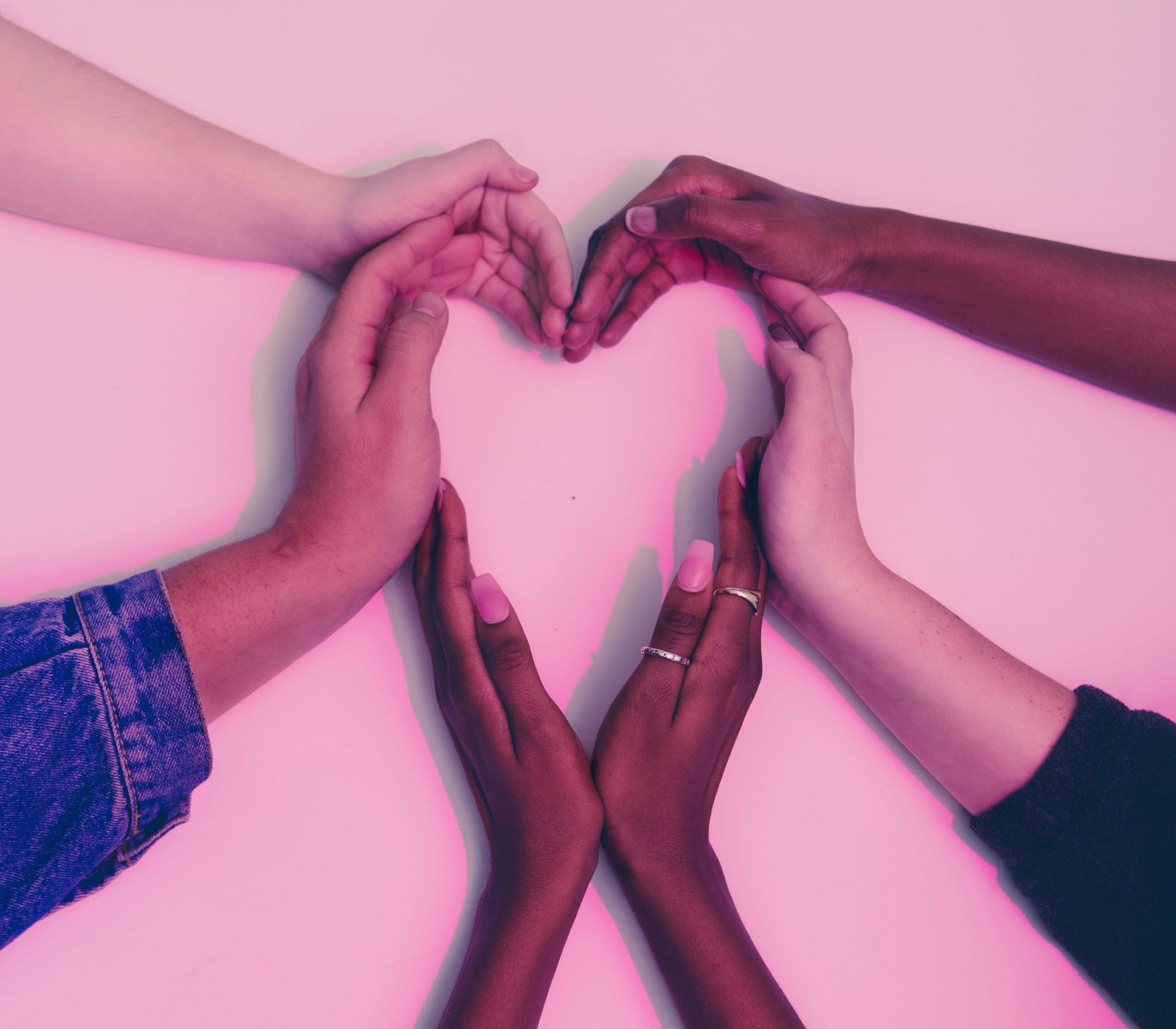 When they are young, children will often comment on everything – including race. Parents should be careful not to link statements about race with a positive or negative. If a child notices a person’s skin colour do not try to prevent them from talking about it. Simply agree and move on. However, if a child makes a negative association with race, it is important that a parent talk about it. If a child says something disparaging or wrong about a race or ethnicity, try asking:

“Why do you think that?”

“Where did you learn that?”

Address incorrect stereotypes without getting angry. Remember that children often get information for a wide range of sources, but may not fully understand the context of what the learn. When your children are old enough (primary school age, for example) it can be useful as a parent to point out any negative stereotypes you notice and talk about why they are wrong. An example might be:

“That joke was a little mean, making fun of the way someone talks. How does it make you feel?”

Occasionally, your children might ask questions that you don’t know the answers to. An important part of talking to children about any serious topic like race and racism is reflecting on your own knowledge and admitting to not having all the answers. Carrying out research together to better understand issues is a great way to strengthen your child’s understanding as well as your own.

As your child gets older, they will often have a better understanding of race and diversity. They will also have developed their own ideas, views and concerns. Experts suggest that parents can help by empowering teenagers who are upset or seeking to act by steering them to be positive agents of change.  You should encourage teenagers to helpful and positive messages on social media, for example and stay away from negative or destructive actions.

If you are worried about talking to your child about this, or if your child has expressed opinions that concern you, Parenting NI is here to help. You can talk to us about this or any parenting related issue on our support line 0808 8010 722.

This programme is being delivered as part of the Dads Project and therefore is open to men only. Thanks to funding from the National Lottery Community Fund NI this is free for dads to attend.

The Parenting Apart programme is aimed at parents who have separated, are separating, divorced or thinking of divorce.

The programme will provide practical advice and guidance about what children need to know, and what parents can do to meet their children’s need. Although parents are immersed in their own difficulties, this programme can help parents focus on the child’s needs with the aim of minimising the impact of the separation. 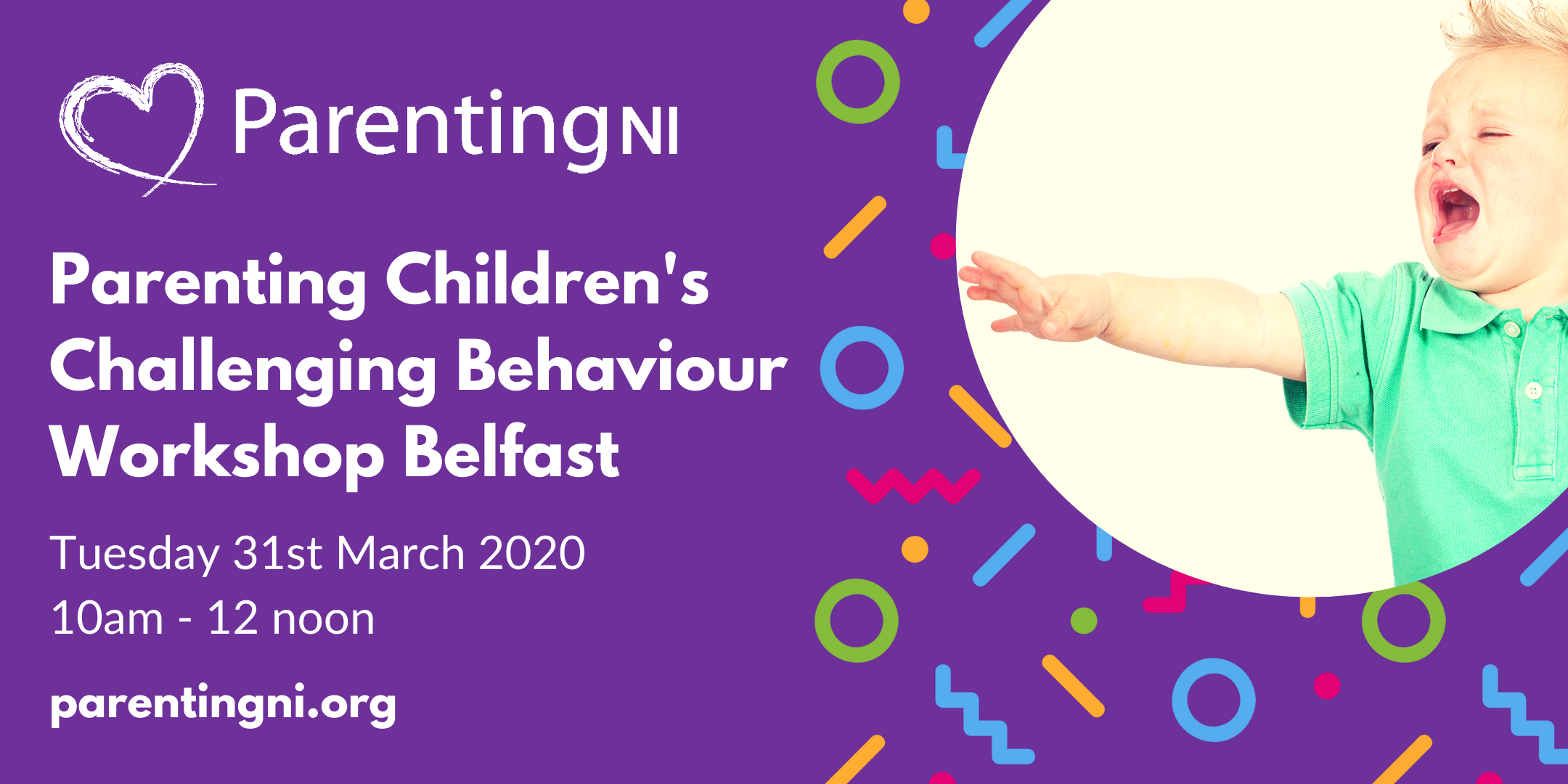 This workshop aims to support parents to identify the behaviours they find most challenging and gain techniques to manage those behaviours effectively leading to a calmer home. 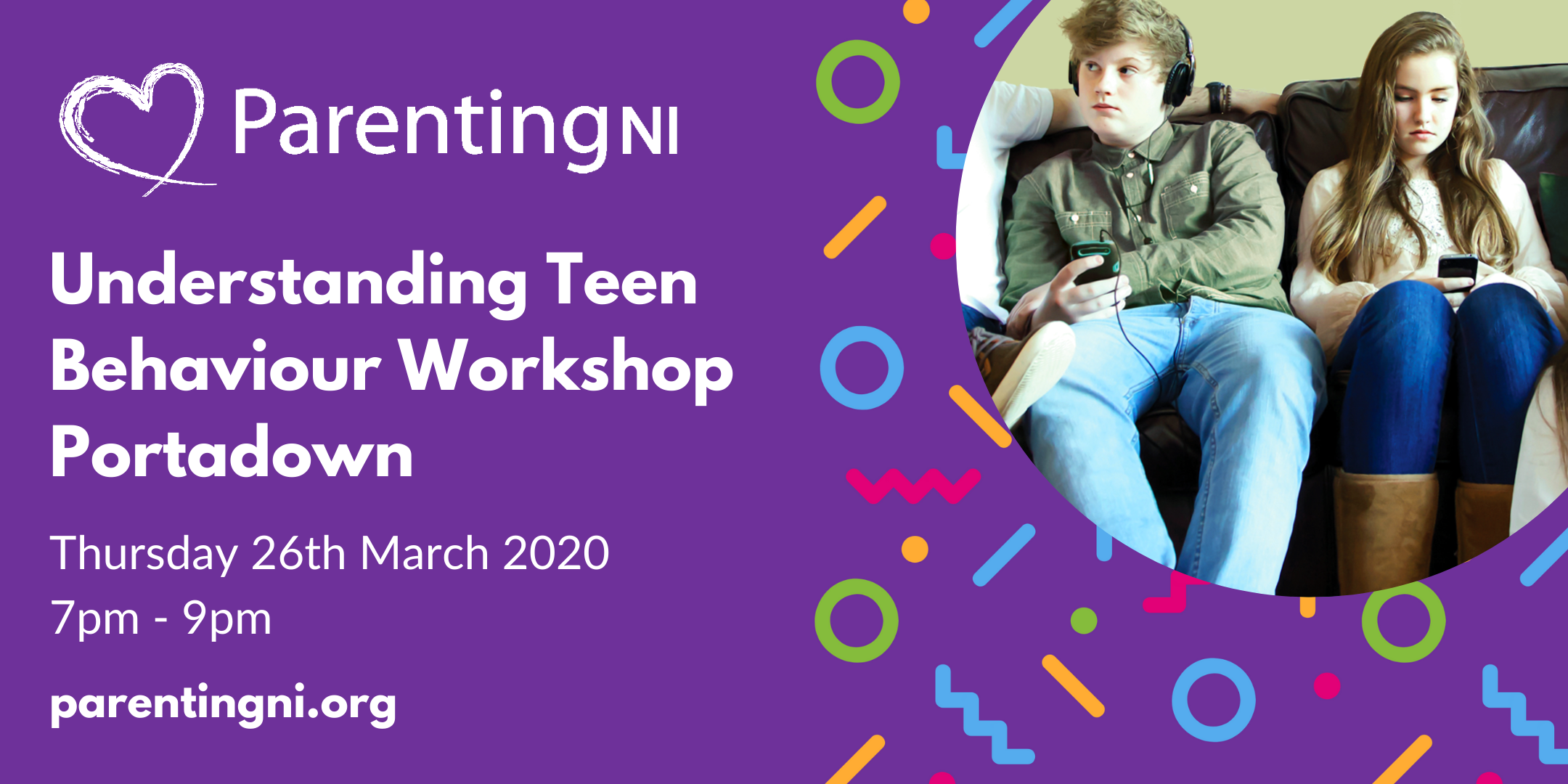 This workshop aims to support parents to understand the changes teenagers experience and how this can impact on behaviour.

The teenage years can be particularly challenging for parents to navigate. This workshop will: 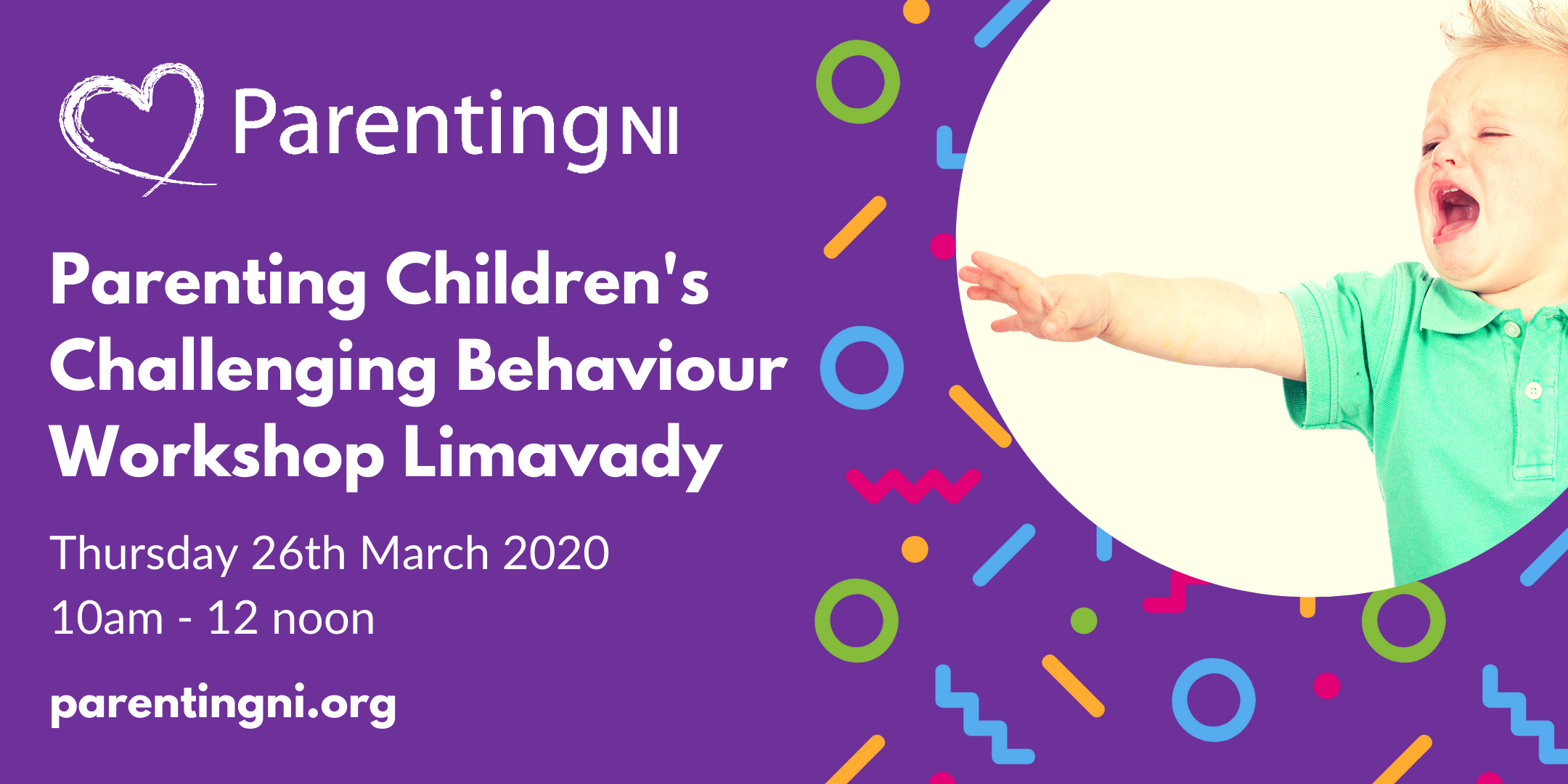 This workshop aims to support parents to identify the behaviours they find most challenging and gain techniques to manage those behaviours effectively leading to a calmer home.

The government has outlined strict instructions for all residents in Northern Ireland. It has made clear that everyone should stay at home as best they are able. For many families, this will be logistically simple. However, what is the advice for parents who are co-parenting? Are you allowed to bring a child to their other parent’s home? Even if it is legal, is it advisable?

This short fact sheet will look at the government’s own advice, as well as academic studies on the importance of seeing both parents.

Firstly, the government has specifically answered the question regarding seeing children in co-parenting arrangements during the crisis.

I wasn’t clear enough earlier, apologies. To confirm – while children should not normally be moving between households, we recognise that this may be necessary when children who are under 18 move between separated parents. This is permissible & has been made clear in the guidance https://t.co/Y3DTdIFo4M

In short, yes, your child should keep any normal contact arrangements they had before in terms of visiting houses. However, children should not:

Some parents are concerned that they may be doing more harm than good during the pandemic by moving children from house to house. This is understandable, and should a more stringent Wuhan or Italy style lockdown come into place this advice will need to be reviewed. However, it is important for parents to remember that being unable to see a parent has negative outcomes for social and emotional development.

This is a more long-term impact, but even short term absences can cause trauma. A study looking at children of refugees who were separated from their parents cause children to have feelings of anguish, despair, guilt, blame and depression – negative emotions that disrupt how they learn life skills. While you as an adult may understand the logic of changing routines, children may struggle to cope. 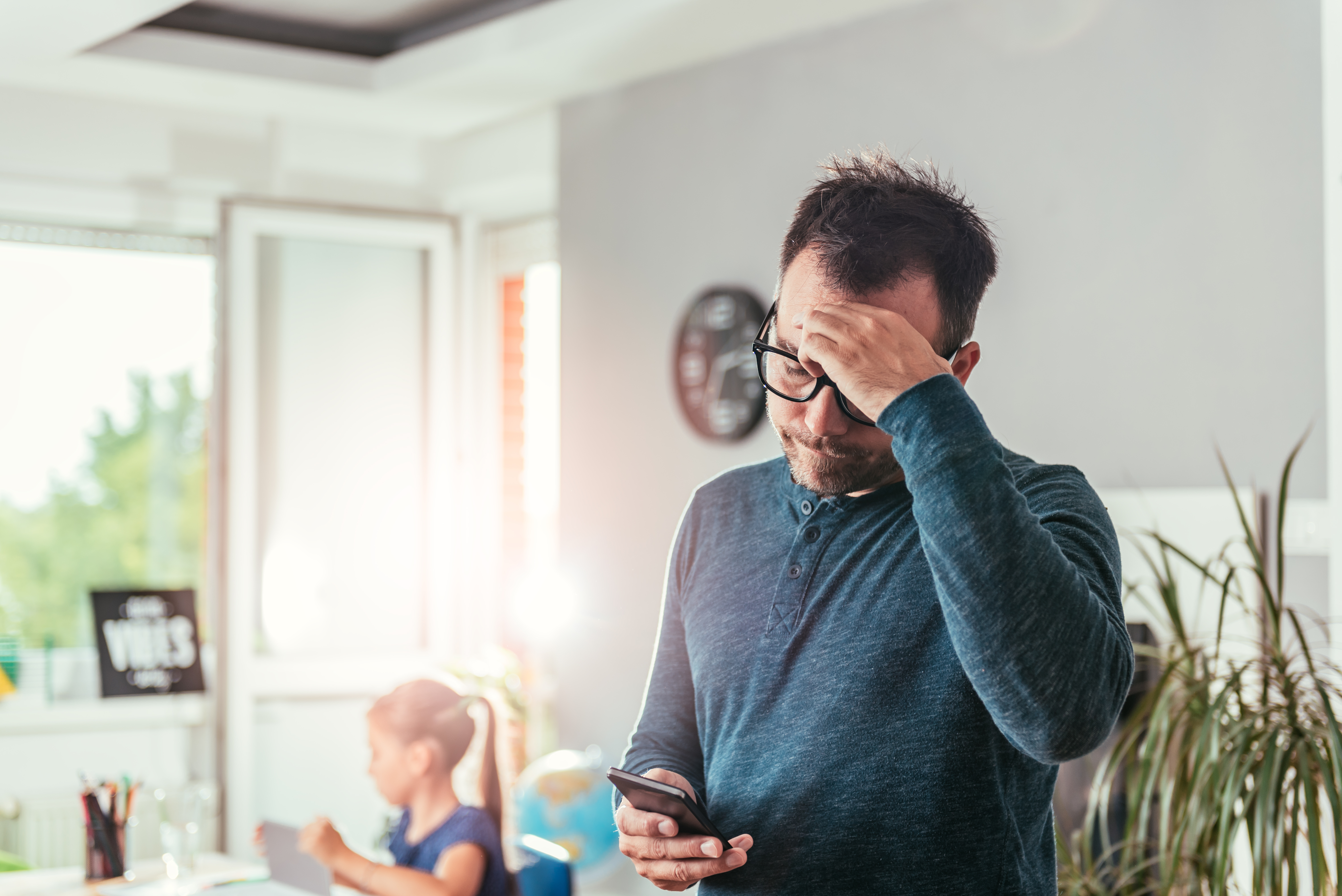 Remember that this is an extraordinary time, and your child is already likely to experience heighten levels of stress. A disruption to their normal routine – not being able to see their other parent – may be more impactful now than under normal circumstances. Being able to see and spend time with their mother or father can reassure them that they are not in danger. Parents should make extra effort where possible to communicate directly in the current circumstances. Some advice for separated parents during this pandemic are:

Duration: Every Thursday for 6 weeks

The Parenting Apart programme is aimed at parents who have separated, are separating, divorced or thinking of divorce.

The programme will provide practical advice and guidance about what children need to know, and what parents can do to meet their children’s need. Although parents are immersed in their own difficulties, this programme can help parents focus on the child’s needs with the aim of minimising the impact of the separation.

This programme is being delivered as part of our Families Together Project, thanks to funding from the National Lottery Community Fund.

Come along to this relaxed Dad Matters workshop to meet other dads and explore a range of topics such as:

The workshop will be held on a Tuesday evening in South Belfast. You can register by calling freephone 0808 8010 722. 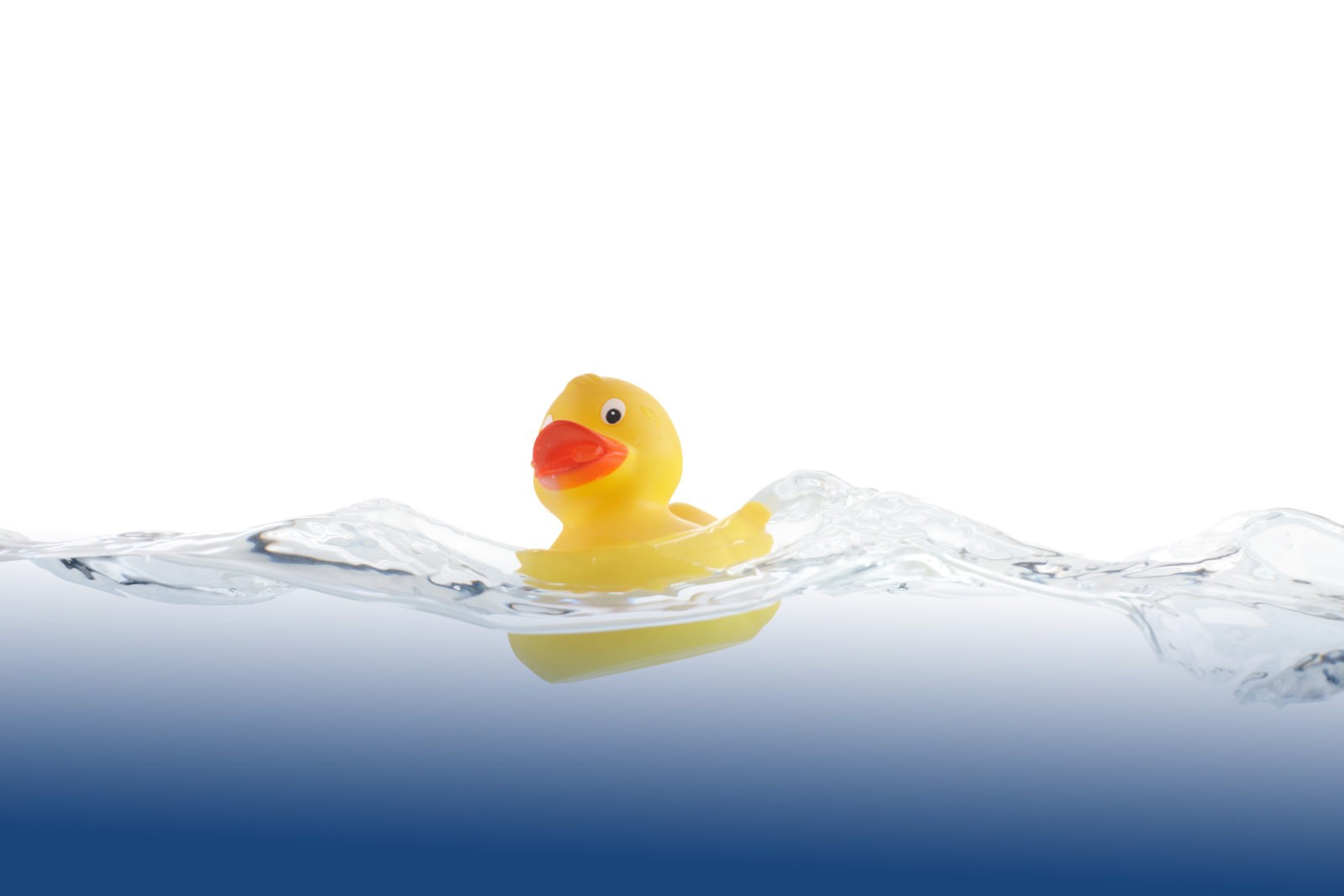 Do you sometimes struggle with parenting? Are some days better than others? Many parents feel exactly the same way!

Sink or Swim explores the realities of parenting, while sharing tips & tools on how to look after your own mental health.

All parents & carers welcome. Refreshments will be provided.

Sound familiar? We can help!

The FREE Odyssey, Parenting Your Teen Programme will be running in Newtownards from 30th January 2020!

Duration: 8 week programme – every Thursday from the 30th January for 2 hours each evening
Aim: To improve the parent/adolescent relationship

The teenage years can be notoriously challenging but this programme can help you navigate your way through the reality of parenting teenagers.

The programme covers a range of topics and promotes the Authoritative Parenting style, which has been proven to be most effective. Odyssey, Parenting Your Teen is an evidence based programme and has been found to improve outcomes for parents, children and the while family.

This programme is being delivered free to parents thanks to funding from the Public Health Agency.