Safer Internet Day aims to not only create a safer internet but also a better internet, where everyone is empowered to use technology responsibly, respectfully, critically and creatively.

Safer Internet Day aims to reach out to children and young people, parents and carers, teachers, educators and social workers, as well as industry, decision makers and politicians, to encourage everyone to play their part in creating a better internet.

By celebrating the positive power of the internet, the 2018 Safer Internet Day theme of “Create, Connect and Share Respect: a better internet starts with you” encourages everyone to join the global movement, to participate, to make the most of the internet’s potential to bring people together.

Parents and carers play a crucial role in empowering and supporting children to use technology responsibly, respectfully, critically and creatively, whether it is by ensuring an open dialogue with their children, educating them to use technology safely and positively, or by acting as digital role models.

The UK Safer Internet Centre have created some fantastic resources we wanted to share with you that are worth discussing with your young people.

Fun Things to do

For more information you can visit the UK Safer Internet Website for lots of free resources.

This week we’ve been celebrating Parents’ Week. This is an important week in the Parenting NI calendar every October as it gives us the opportunity to highlight the important roles parents play in their children’s lives.

The week also focuses on the need for support for parents. We know that when parents are supported, outcomes for children and young people improve. At a time when pressures and challenges for families are ever increasing, we feel it’s important to ensure parents know there is support available to them and that it is ok to ask for help.

As you all know, this year our focus for Parents’ Week has been ‘Parenting in the Digital Age’. The reason we chose this issue as our theme is because we have been hearing from parents that use of digital technology has posed unique challenges when it comes to parenting.

As part of the week we wanted to give you idea of the types of cases Parenting NI hear from parents regarding digital technology through our Helpline, Counselling and Parenting Programmes.

Sharing Images
A 15 year old girl sent a revealing photo of herself to her boyfriend, innocently thinking that this would be an image that would be kept between them. When the relationship broke down, as teenage romances often do, the boy decided to circulate the image round the classroom. The image then started appearing on various social media accounts, some accounts where even set up pretending to be the girl.

This caused the teenage girl great distress. Feeling alone and that her friends had even turned on her, she finally got the courage to tell her mum what had happened.

At this point mum contacted Parenting NI really concerned about the impact it was having on her daughter and their relationship. As the girl was under 18 the PSNI had to be contacted and the images were eventually removed and those involved were cautioned.

This is something which is happening regularly for young people and so it is important for us to remind our children that sharing images of children under 18, even if it’s you, is illegal and could have serious consequences. 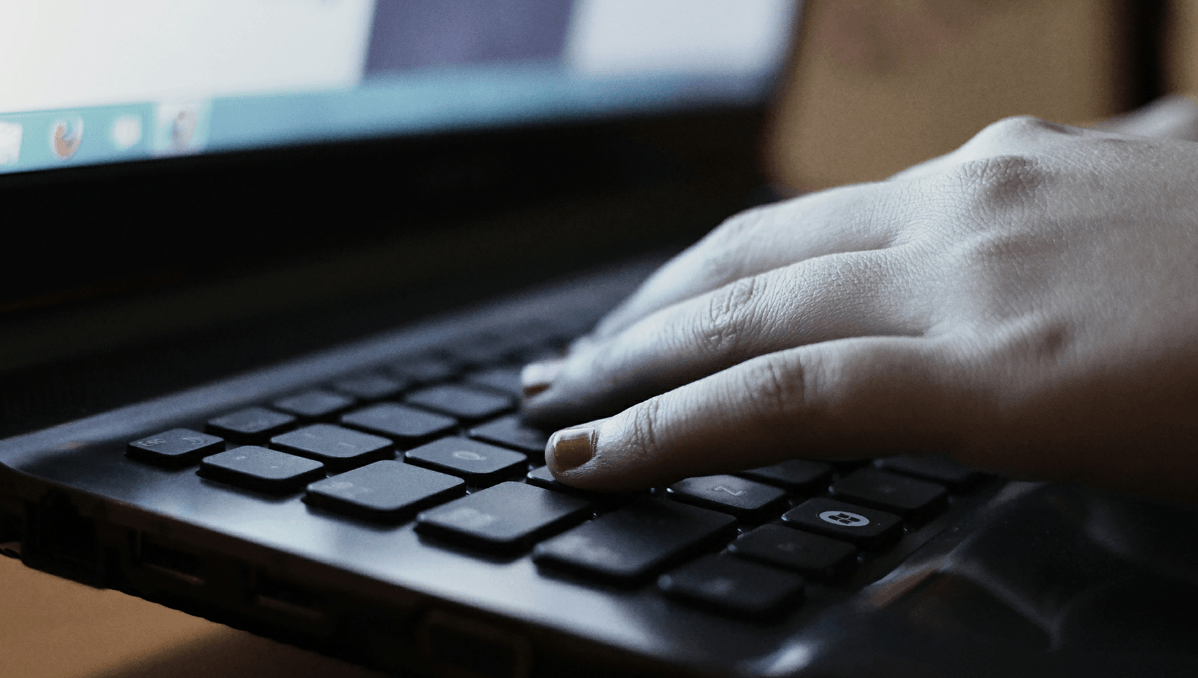 Mental Health
A dad contacted Parenting NI worried about how his 13 year old daughter had become depressed. He explained that any time he and his partner had tried to talk to her about what was wrong she became really withdrawn and didn’t want to talk about it, usually ending up with the daughter locking herself in her room.

After coming to some Face2Face sessions at Parenting NI with her dad, the young girl revealed that she had been supporting a friend online who was expressing mental health difficulties. This friend had been self harming, and using a pro-self harm social media page to post images of what she was doing. The 13 year old had not known where to turn, so decided she would do her best to encourage her friend not to harm herself. In her desire to try and support her friend this was having a knock on effect on the girls own mental health, causing her to be withdrawn from her family, friends and things she used to like doing.

The girl and her dad are now communicating better and her friend has been able to get the support she needs to get better. 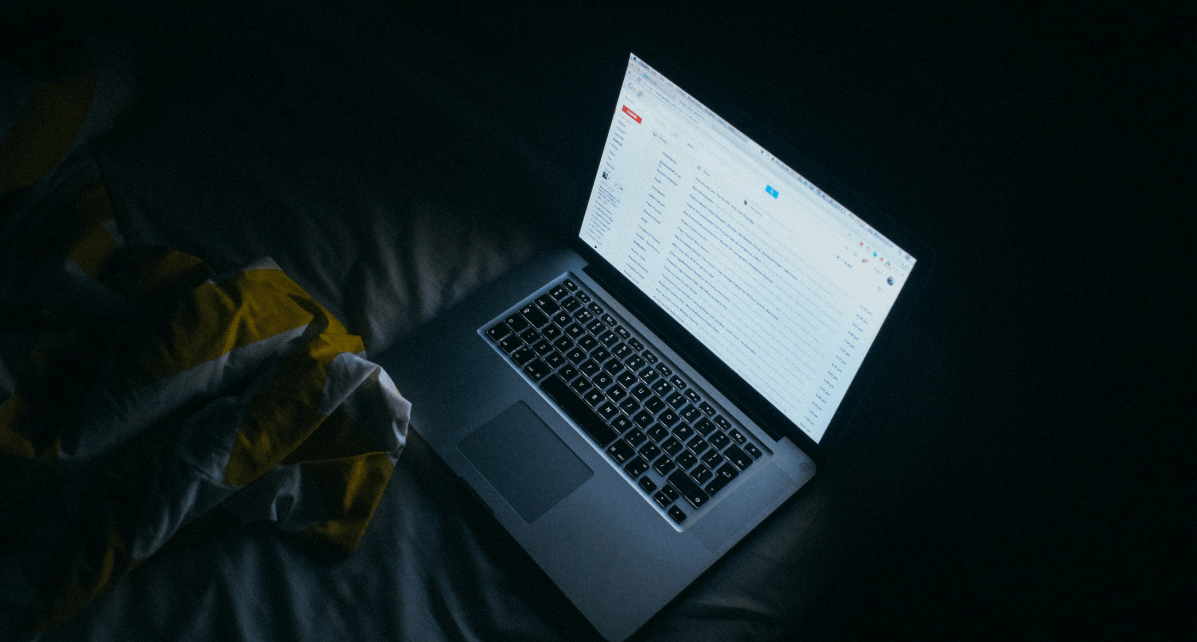 Grooming
The parents over a 14 year old boy were noticing that he was receiving post with random gifts which he was hiding in his bedroom. The gifts ranged from aftershave to video games, but when they found some designer underwear and other inappropriate gifts they became very suspicious and worried.

With some guidance from Parenting NI’s Helpline mum and dad sat their son down for a chat one evening to let him know they knew about the packages he was receiving. The boy eventually admitted that he had made a new “friend” on a gaming site he had been playing on in the evenings and that this friend had started sending him gifts because he had helped him complete some really difficult levels on the game and he wanted to say thank you. The boy’s parents were really concerned that he had given out their address to a stranger. After some further conversation, the boy revealed that his online friend started asking for pictures in return for the gifts, and wanted to video chat with him or maybe even meet in person.

Parenting NI was able to support the parents of the 14 year old boy to report the particular user that had been sending the gifts to their son and open up communication within the family.

These are all examples of scenarios which we help to support parents with through our services. The intention of sharing them with you isn’t to frighten you or cause you to disengage further from what your child is doing online, but rather to show that this is the reality. These are the sort of issues our young people are experiencing, and therefore the kinds of things we as parents, and as professionals working with families need to be aware of to be able to support them the best we can.

The message we want all parents to know is you are not alone, everyone struggles with parenting from time to time, support is available and it’s ok to reach out for help no matter what issue it is you may be facing.

You can also donate to Parenting NI to help us keep our services for parents going. Even a small amount can help us with providing counselling and parenting programmes across Northern Ireland which make a massive difference to families lives.

Today is Safer Internet Day which sees thousands of organisations and people across the UK get involved to help promote the safe, responsible and positive use of digital technology for children and young people.

This years theme is “Play Your Part for a Better Internet”. The UK Safer Internet Centre are encouraging everyone to play their part by sharing a heart today. Using the heart, a universal sign for love, to promote respect and kindness online this Safer Internet Day.

We’ve used #ShareAHeart to write some positive messages for parents. Take a look at the gallery below. 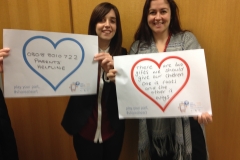 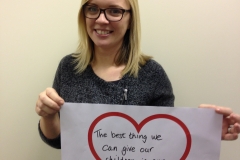 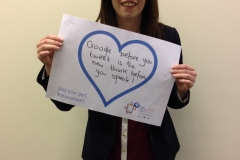 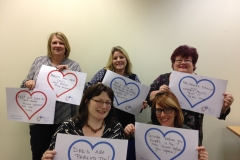 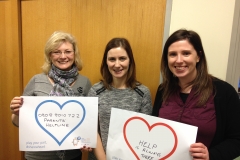 If you would like support around internet safety and your child’s internet use please get in touch and call us on 0808 8010 722.

Information for Parents and Carers