The digital world is now one of the biggest challenges for parents in today's society. There are many concerns that parents have around children's use of technology including, how long they spend on it, what content they are looking at, who they are talking to and what they are sharing.

We would hear regularly from parents concerned about their children's use of devices, in particular smartphones and gaming consoles.

Smartphones are an unavoidable icon of modern life...

They have been so integrated into modern culture that it's hard to imagine life without smartphones now. “What age should I give my child a phone?” is a common question we hear from parents.

Whilst there is no strict rule on when children are ready for a smartphone, there is no doubt that children are accessing technology from a very young age. There are a range of benefits to children using technology, but there are also some undeniable risks. We took a look at the research to weigh up the pros and cons for parents. You can see what the findings say here.

Children gaming is a topic which has been in the spotlight a lot recently, in particular with children's interest in the game Fortnite. However, gaming tends to be an area that put parents in a difficult position due to the speed at which the technology develops, it can be easy to get left behind when it comes to advice and guidance.

Help is at hand

Ratings
Thankfully, parents are not alone in this. In addition to voluntary services (such as the Parenting NI helpline), video games in Europe are rated by PEGI. This rating, which must be listed on the box of a game, or on the store page if the game is listed online, gives an idea of what sort of content is included. The criteria are listed below:

PEGI 3: The content of games given this rating is considered suitable for all age groups. Some violence in a comical context (typically Bugs Bunny or Tom & Jerry cartoon-like forms of violence) is acceptable. The child should not be able to associate the character on the screen with real life characters, they should be totally fantasy. The game should not contain any sounds or pictures that are likely to scare or frighten young children. No bad language should be heard.

PEGI 7: Any game that would normally be rated at 3 but contains some possibly frightening scenes or sounds may be considered suitable in this category.

PEGI 12: Videogames that show violence of a slightly more graphic nature towards fantasy character and/or non graphic violence towards human-looking characters or recognisable animals, as well as videogames that show nudity of a slightly more graphic nature would fall in this age category. Any bad language in this category must be mild and fall short of sexual expletives.

PEGI 16: This rating is applied once the depiction of violence (or sexual activity) reaches a stage that looks the same as would be expected in real life. More extreme bad language, the concept of the use of tobacco and drugs and the depiction of criminal activities can be content of games that are rated 16.

PEGI 18: The adult classification is applied when the level of violence reaches a stage where it becomes a depiction of gross violence and/or includes elements of specific types of violence. Gross violence is the most difficult to define since it can be very subjective in many cases, but in general terms it can be classed as the depictions of violence that would make the viewer feel a sense of revulsion.

PEGI also lists a number of reasons for their rating, including drug use, discrimination or violence. Reading and understanding the ratings for the games your children are playing is highly recommended. PEGI is a legal mechanism, which is backed up by the government. This means that retailers must make every attempt to prevent children under the suggested age from buying the games – however, it is not illegal for children to play a game they are underage for. 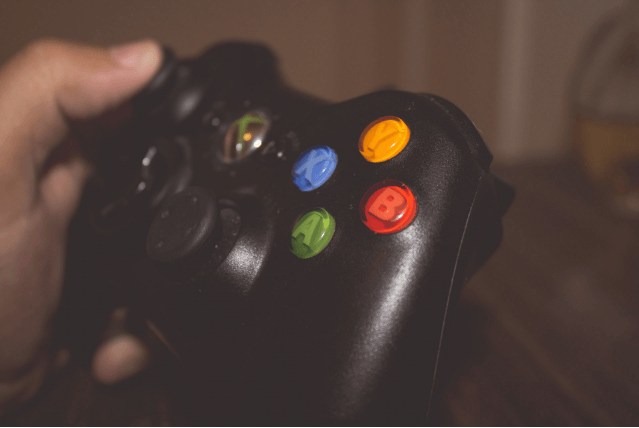 Parental Settings
In addition to regulation and ratings, many game companies and publishers have installed parental settings and controls built into games consoles or games themselves. The best example recently is the parental control on the Nintendo Switch. The Switch has a sophisticated array of controls, including:

*  Control of total play times;
*  Deciding which games to allow, and which are blocked entirely;
*  Which online features are allowed

You can control this via an app installed on a tablet or phone. While Nintendo has been particularly proactive in this regard, most games consoles have at least some level of parental controls.

However, these features are almost never on by default. As such, it is essential that parents seek advice and familiarise themselves with parental controls before giving the console to the child.

Talk
As with almost every parenting issue, the single most effective tool to combat the negatives of video games is good parent to child communication. Particularly with older children, it is important that parents take the time to talk about the games their children are playing. Talking to your child about games can help you understand more about their content and voicing your concerns ensures that your child understands the risks.

It is important that your child feels that they can come to you if something happens that worries or frightens them. They are less likely to do so if they think that you will not “get it”. By chatting about what they are doing before something happens a parent can build their child’s resilience and ensure that they talk to you when things go wrong.

Read our full report on Children and Gaming here.