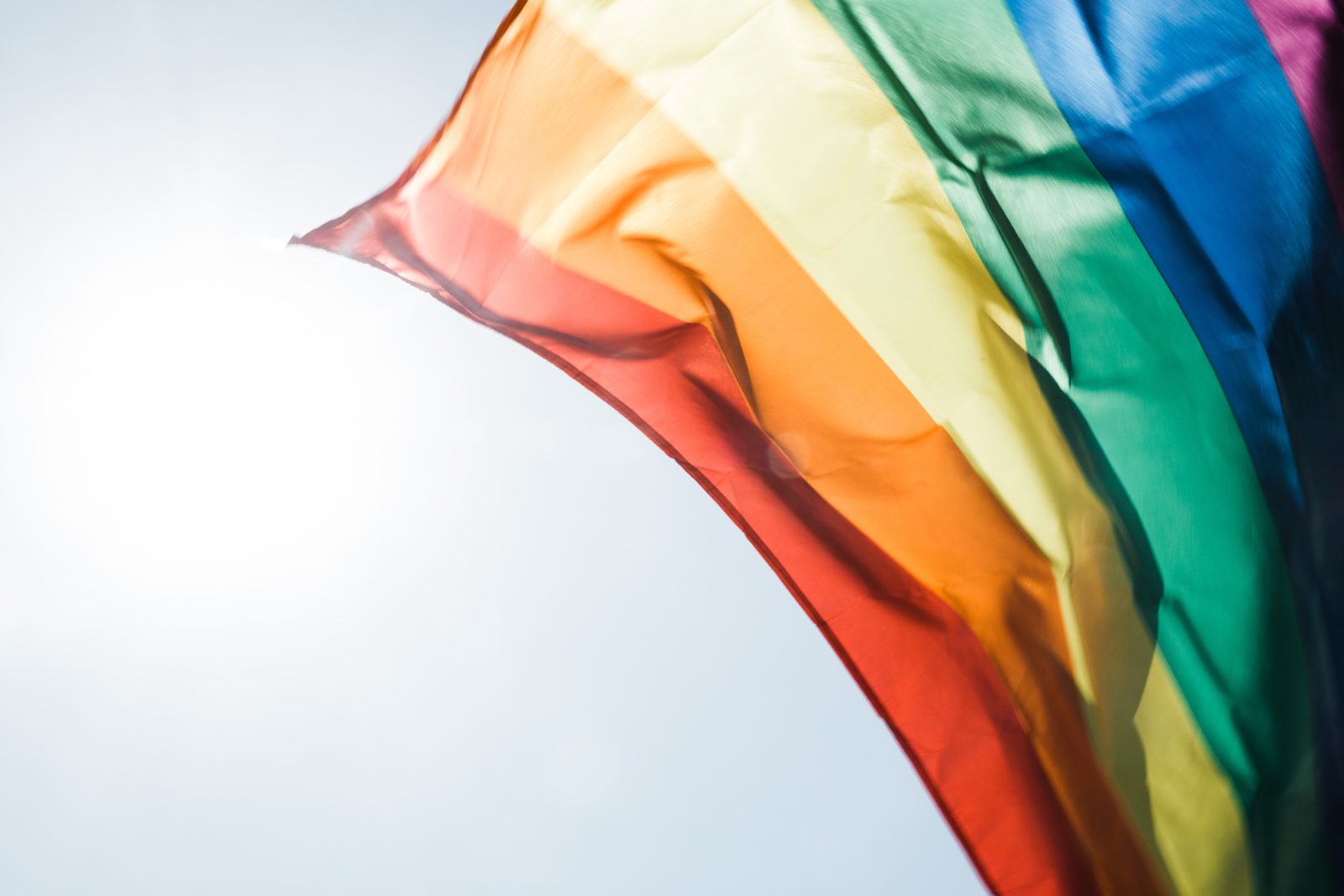 Sexuality has always been a complicated and difficult subject for parents and young people to discuss. A complex combination of social norms, values, biology and traditions combine into a perfect storm of confusion and potential for conflict.

Despite this, while parents and young people may have different ideas about what is or is not morally acceptable, parents generally would want their child to feel that they can be themselves around them.

When a young person talks to their parents about an element of their sexual identity (or they learn about it from another source) it can be difficult. Parents will often want to be supportive, but may struggle to understand some of the terms or realities of what they are being told.

There is clear evidence that many Lesbian, Gay, Bisexual, Transgender (LGBT) people do not feel comfortable about being open about who they are with family members. In the 2018 National LGBT survey, 23.8% of all LGBT people were open with none of the family members they lived with. Katz-Wise et. Al (2016) found that “one-third of youth experience parental acceptance, another third experience parental rejection, and the remaining third do not disclose their sexual orientation even by their late teenage years and early twenties”.

Many teens fear the reaction of their parents if or when they disclose their sexual orientation or gender identity. When recalling negative incidents, the National LGBT survey (2018) found that the most often named instigator was a parent or guardian. While the vast majority of parents want their children to be happy and safe, there is stress on both sides of this difficult conversation. This stress, if not appropriately managed can have negative consequences.

So, what should parents do when their young person opens up to them that they are not heterosexual (solely attracted to the opposite gender) or cisgender (that they identify as the same gender on their birth certificate)?

Most importantly we would encourage parents to not panic.

While parents may have suspected that this was the case, a confirmation can be shocking or difficult to initially process. It is common for parents to feel negative feelings – Baiocco et al. (2014) – suggested that parents are often concerned about what other people, friends and relatives could think about their sons and daughters sexuality, the judgment of other people, maybe even about their own parental skills.

Tobkes & Davidson (2016) describe the three feelings of “loss” that a parent who has learnt of their child’s LGBT sexual orientation may feel:

The final of these losses is often the cause of such extreme actions as telling a child that he or she is “no longer part of the family”. While feelings of loss or sadness are understandable, the long-term impact of a severe reaction such as this are highly damaging and difficult to overcome. Potoczniak et al (2009) found that the outcomes from a negative reaction were sometimes very serious with 3% of those who “came out” becoming totally estranged from family and that disclosure in 4% of maternal relationships and 9% of paternal relationships either “totally destroyed or worsened an already bad relationship”.

Even if you are highly upset or shocked by your child’s revelation, take care that any reaction you have does not have a lasting negative impact on your relationship.

It is understandable that parents may feel loss, however it is important to remember that nothing has actually been lost. While this may have been an aspect of your child that parents were unaware of previously, they are still the same person. Even if you considered yourself to be accepting of LGBT individuals, Families and Friends of Lesbians and Gays (FFLAG), a charitable organisation dedicated to supporting LGBT individual’s families notes in their guide for parents that:

Parents should remain mindful of the important role their support plays in their child’s self-worth and identity. Willoughby et al. (2008) notes:

“Individuals’ perceptions of themselves are, in part, based on the ways they perceive their parents to view them. Thus, insofar as individuals feel rejected by their loved ones, they may be likely to see themselves as unlovable and unworthy”

You may need some time and space to process this news. That is normal, try to work through your feelings either not in the presence of your child or in such a manner that it does not make them feel it is their “fault”. Stonewall (2018) advises parents that regardless of their own feelings about “being gay”, “you love them and want them to be happy. The fact that they are gay or lesbian doesn’t change that”.

An important aspect of responding to your child “coming out”, is to listen. It is possible that you may have preconceived ideas of what certain terms mean, but sexual orientation is an individual experience. An additional challenge for parents is that the terms used to describe sexual orientation and gender identity are constantly changing. While many parents will be familiar with “gay” or “homosexual”, the more modern concepts can seem baffling.

The person best placed to tell you what this disclosure means for your child, is your child. However, it may also be helpful to familiarise yourself with very common terms. The acronym most commonly used is LGBTQIA+. These terms as defined by the Lesbian, Bisexual, Gay, and Transgender Resource Center of Michigan State University are:

Bisexual – A person who experiences sexual, romantic, physical, and/or spiritual attraction to people of their own gender as well as other genders, not necessarily at the same time, in the same way, or to the same degree

Transgender – A person who identifies with a gender other than that the gender they were assigned at birth. Sexual orientation varies and is not dependent on gender identity.

Queer/Questioning – An umbrella term which includes lesbians, gay men, bisexuals, trans* people, intersex persons, radical sex communities, and many other sexually transgressive communities. This term is sometimes used as a sexual orientation label or gender identity label used to denote a non-heterosexual or cisgender identity without having to define specifics. A reclaimed word that was formerly used solely as a slur but that has been reclaimed by some folks in the LGBTQ community. Nevertheless, a sizable percentage of people to whom this term might apply still hold “queer‟ to be a hateful insult, and its use by heterosexual people is often considered offensive.

Intersex – Individual(s) born with the condition of having physical sex markers (genitals, hormones, gonads, or chromosomes) that are neither clearly male nor female. Intersex people are sometimes defined as having “ambiguous” genitalia.

The “+” symbol is an acknowledgement that these terms do not necessarily cover the entire spectrum of human sexuality. It simply leaves the process open to further development.

Stonewall (2018), a UK-based LGBT rights charity suggests that when a young person “comes out” to a parent they should allow the child to say their piece before asking questions. This can show them that you are a safe and understanding person to talk to about their sexuality or gender identity. This is important because just like if they were heterosexual, if your child feels unsafe talking to you about sexuality or gender identity it can lead to serious omissions. They may take more risks, or fail to alert you if they are harassed or sexually assaulted.

What about if you suspect that your child or young person is LGBT, but they have not yet spoken to you? Relate (2018) notes that it is not helpful to pressure them to “come out” before they are ready. Instead, you should take steps to ensure that your home is a supportive place for them if they are LGBT. For example, making positive comments about LGBT individuals and refusing to tolerate homophobic or transphobic language. Your child will tell you when they are ready, and you should be there for them when it is time.

For children or young people who are transgender, there are some important differences. First of all, it is important to understand that very young children (for example, under 5s) often show interest in toys or clothes that are not usually associated with their gender (NHS, 2018). Therefore, as with LGB children, parents should not try to second guess if they suspect their child may be transgender.

As with LGB children, parents should start by listening. Your child may choose to explore medical options as part of their identity. However, they may not. They may choose to “present” as one gender all of the time, or it may depend on the day. Action for Children (2018) notes that Adults should make every effort to address the child in the way they have requested. Your child’s gender identity can be confusing for them and for their parents, but a negative or hostile reaction is unlikely to have any positive outcomes.

Depending on your child’s age and desires, the next steps vary. Mermaids UK (2018), a support organisation for transgender people notes that medical transition in young people usually consists of taking hormone blockers after the initial stages of puberty which are completely reversible and simply pause puberty. While it is important to communicate with your child regarding what happens next, the focus should be on your initial reaction. Your child should know that you still love them unconditionally, and that you will support them.

There are a number of excellent recourses locally to support LGBT young people and their parents. Parenting NI’s Support Line (0808 8010 722) can provide advice and support for anyone in a parenting role. Additionally, groups like Cara-friend, SAIL and The Rainbow Project can offer specialist LGBT support.