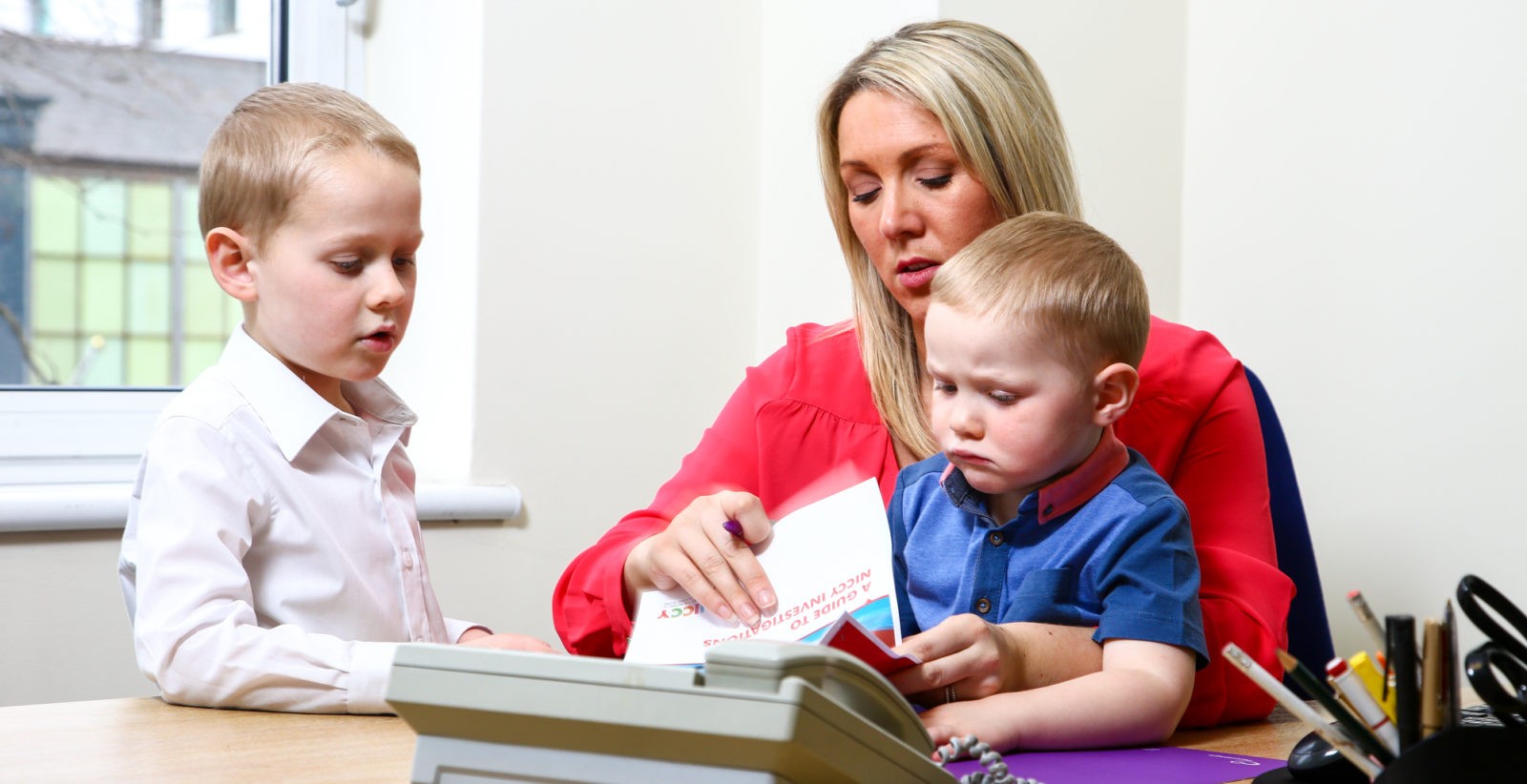 65% of the working age population in Northern Ireland are women, with 39% of those employed part time. Almost an equal amount are economically “inactive” due to family/home commitments.

Some mothers choose not to work, or to work less hours while they are raising children. However, for many other women, they effectively have little or no choice. If they did not work, they would not be able to bring enough income to support their families.

Despite these realities, the truth is that many mothers worry about the impact of their employment on their children. They are concerned that they might miss out on important developmental milestones or feel guilty that they are “putting work ahead of family”.

Although this suggests that society has begun to see working mothers as "the norm", many of the structural barriers continue to exist. Mums have the double pressure of managing a career and the home and family. Research shows that the majority of childcare and housework is still undertaken by women. 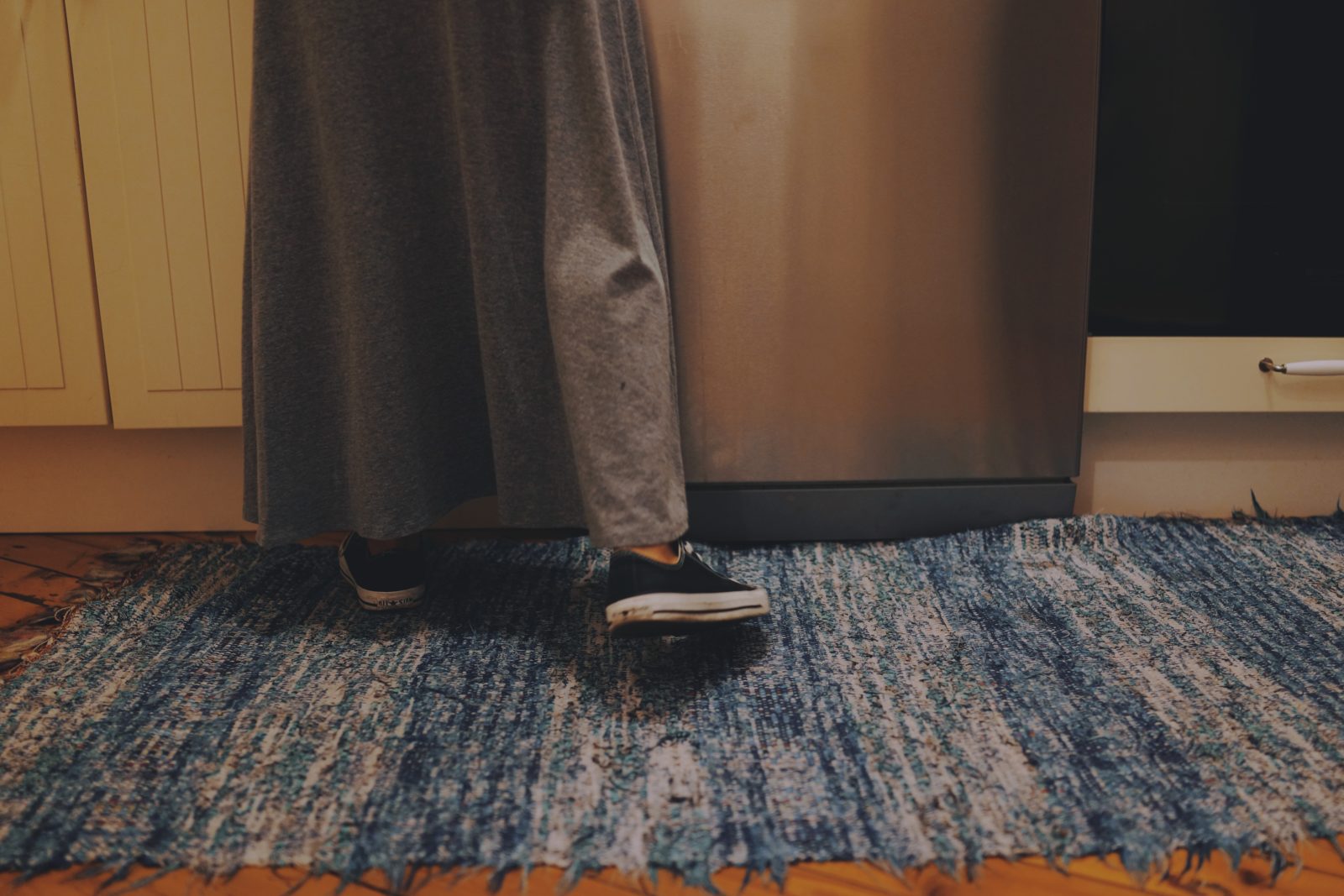 Is it good for me?

Mothers will naturally worry most about the effects their work will have on their children first. However, it is important that they also consider the impact of going back to work will have on themselves. Parents who are stressed often find it more difficult to parent effectively, and being a working mother is likely to cause stress.

Some women will be very keen to return to a career they are passionate about. Others will be less enthusiastic about going back to full time work. A study in the United States looked at the impact on mood and happiness working had on mothers. It found that both positive and negative impacts are possible. Women who went back to work often felt more accomplished and self-confident, but also more stressed. The source of this stress was found to be juggling being a mother and an employee. Additionally, the researchers suggested that these stresses may be more heightened for mothers than for fathers, because they found women were more likely to process their role as a mother and an employee at the same time. Fathers on the other hand tended to deal with these roles one at a time. This is at least partially because mothers are more likely to be called in the event of a family problem – such as a sick child.

The Working Mother Research Institute conducted a survey in 2015 of working mothers asking how they felt. They found some unsurprising findings – that mothers that make less money are less satisfied for example. They also found that mothers tend to de-prioritise self-care when there are high levels of stress between work and home life. The biggest single contributing factor to satisfaction for working mothers was flexible working.

This conclusion was supported by a survey of mid-career working mothers in Ireland. They found that family structure and parenting responsibilities were central to predicting levels of stress. The more support working mothers had, the less likely it was for them to experience burnout. They also described the centrality of flexible working, and divided it into two forms:

Is it good for children to have a working mum?

Some older studies note there may be negative impacts. A 2010 Australian study noted that there was a link between mothers working longer hours and children watching more television. In turn, this led to increased weight gain in children and decreased exercise. The study found that women working longer hours had less direct supervision of their children and therefore often felt uncomfortable letting their children play outdoors, leading to more time watching TV.  Additionally, less time to cook meals caused an increase in the amount of “junk” food consumed.

A study by the Joseph Rowntree Foundation (JRF) in 2001 found that when mothers returned to full-time work before their child was 5 years old, risks of lower outcomes for their children increased. They suggested such children had lower educational attainment and more unemployment. The reason suggested in this report for these outcomes was that mothers would have less time for direct interaction with their children during these crucial periods.

However, the report also notes that there significantly less negative outcomes for mothers who work part time as opposed to full-time. Additionally, it suggested that when women work, it increases the household income which is likely to have positive impacts on children that were not measured in the report. Given the deleterious effects poverty has on families and children, it was proposed that any negative impacts of working could be outweighed by a mother’s work avoiding financial strain in later life.

A 2016 LSA and the University of Oxford study found that children whose mothers worked had better social and “everyday” skills. These results included children who were considered to be “very young”. They found that where mothers (and fathers) were active and engaged in their parenting, children’s outcomes improved. Therefore, it can be suggested that a mother working is not necessarily negative for even young children. Rather, it can be positive provided that mothers are careful not to allow work to interfere with having an engaged parenting style.

A more recent study, conducted in 2018 looked at the positives for children of having a working mother. This extensive report looked at the impacts across a very large number of countries including the UK, France, Finland and the USA. Overall, it found a positive link particularly between daughters of mothers who worked and:

They also found that sons of working mothers had significantly more egalitarian gender attitudes, and were more supportive of women’s engagement in the labour market. They also shared responsibilities better in household work. While girls were more likely to benefit, boys did not experience any negative impact from having a working mother.

Many mothers are concerned not only about the later outcomes of their children, but their emotional wellbeing as well. The feeling of guilt associated with working and missing time with children, particularly younger children is a major motivating factor of many mothers seeking to leave employment. However, a report by Harvard Business school found that children of working mothers are just as happy as adults as those whose mothers did not work. 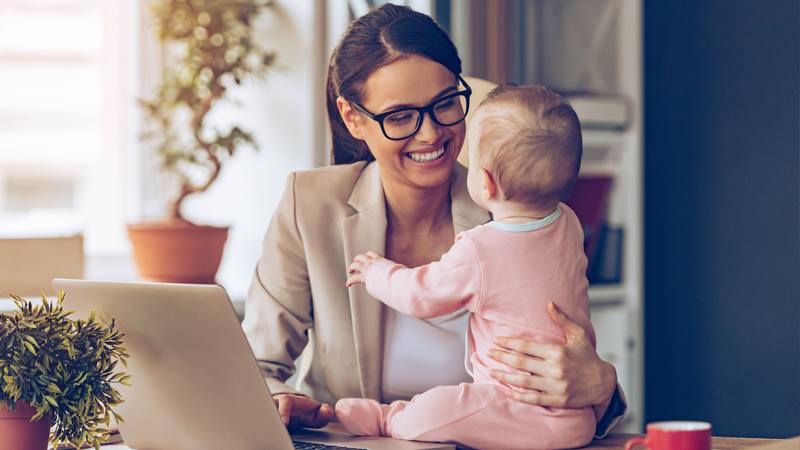 E.g. flexi-time, part time working or contractual arrangements allowing mothers to predict when they would be able to take more/less parental responsibilities.

This referred to employers being more or less willing to allow for sudden changes in circumstances (like a child needing to come home early from school).

Both types of flexibility were considered helpful, but whereas mothers felt they should be entitled to formal flexibility, they felt they needed to earn informal flexibility. Either way, it is clear that the more flexible the working pattern, the better outcomes for working mothers would be. As such, when a mother is considering returning to work, she should seek out flexible working patterns if at all possible. The good news is that the law in the UK provides the right to ask for flexible working as long as you:

Are an employee, but not an agency worker (other than those returning from a period of parental leave) or in the armed forces;

Have worked for your employer for 26 weeks continuously before applying;

Have not made another application to work flexibly under the right during the past 12 months.

If you meet their criteria, your employer must legally consider your request seriously, and only reject it if there are good business reasons for doing so.

It is clear that there are potential negatives and positives relating to being a working mother. It is inevitable that lower levels of supervision provide more opportunities for undesirable behaviour. However, the positives are significant – especially for daughters and for women themselves. Mothers who are already working should not feel guilty, and can reduce stress on themselves by considering any possibilities for flexible working. The best way to safeguard against any negative outcomes, will still enjoying the benefits of the positive aspects is to ensure that your parenting is not affected. If a working mother is careful to continue to parent in an engaged and active manner, there are few meaningful negative consequences to working.

The good news for mothers is that the evidence suggests that working or not working is not determinative. Research suggests that both can have positives or negatives, and that those negatives are not set in stone. Therefore, women should feel empowered to do what they feel is right for their children, their families and themselves. If they choose to stay at home, or to return to work, they should not feel guilt or fear about the impact it will have on their children. Instead, they should simply be aware of the realities and adjust their choices accordingly.

Listen to our podcast on this topic:

Find out more about the research in the full report.

Find out about how we help employers support their parent employees.